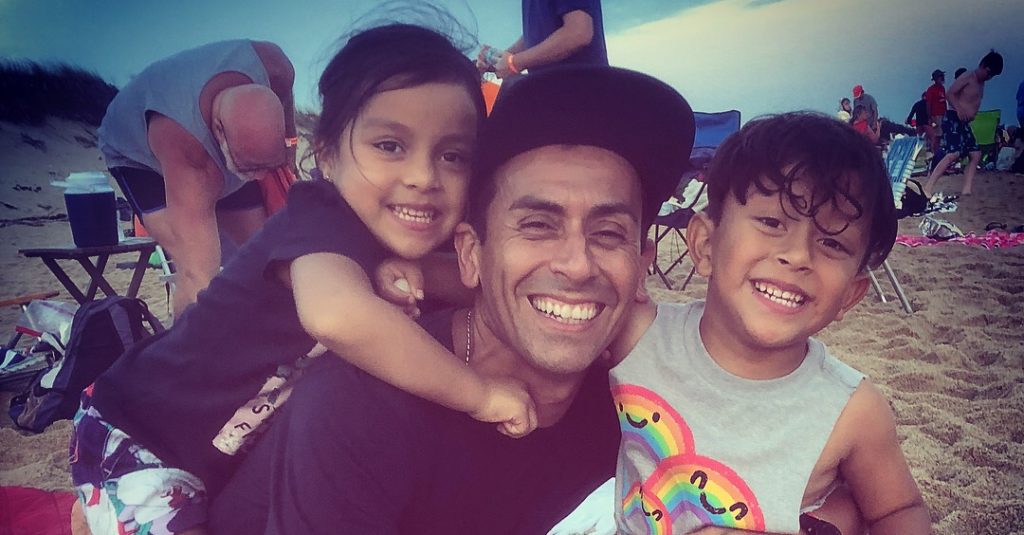 Jorge ‘Coco’ Goytizolo was with his partner, Phillip, for 16 years before he tragically passed away from stage 4 brain cancer. At the time, the couple had 3-month-old twins.

Originally from Peru, his family sent him to the United States at the age of 19, in order to escape the targeted violence his family experienced in Peru. Looking back on his life, he remembers fondly the love he felt from his mother, at the time an advisor to the Peruvian Minister of Education. Being raised by a single mother for the first seven years of his life, his grandmother, grandfather, and uncles were also very present while he was growing up.

Family Equality Council sat down and interviewed Coco about his life and experiences dealing with loss and being a single father to twins.

How did you meet your partner?
This is a long story (lol), but first we met at a dance bar. I thought he was the most gorgeous guy that ever laid their eyes on me — but he rubbed me the wrong way so I told him to but off. A year later, I saw him at the gym and I approached him. He remembered me and apologized, then we became friends and work-out buddies. 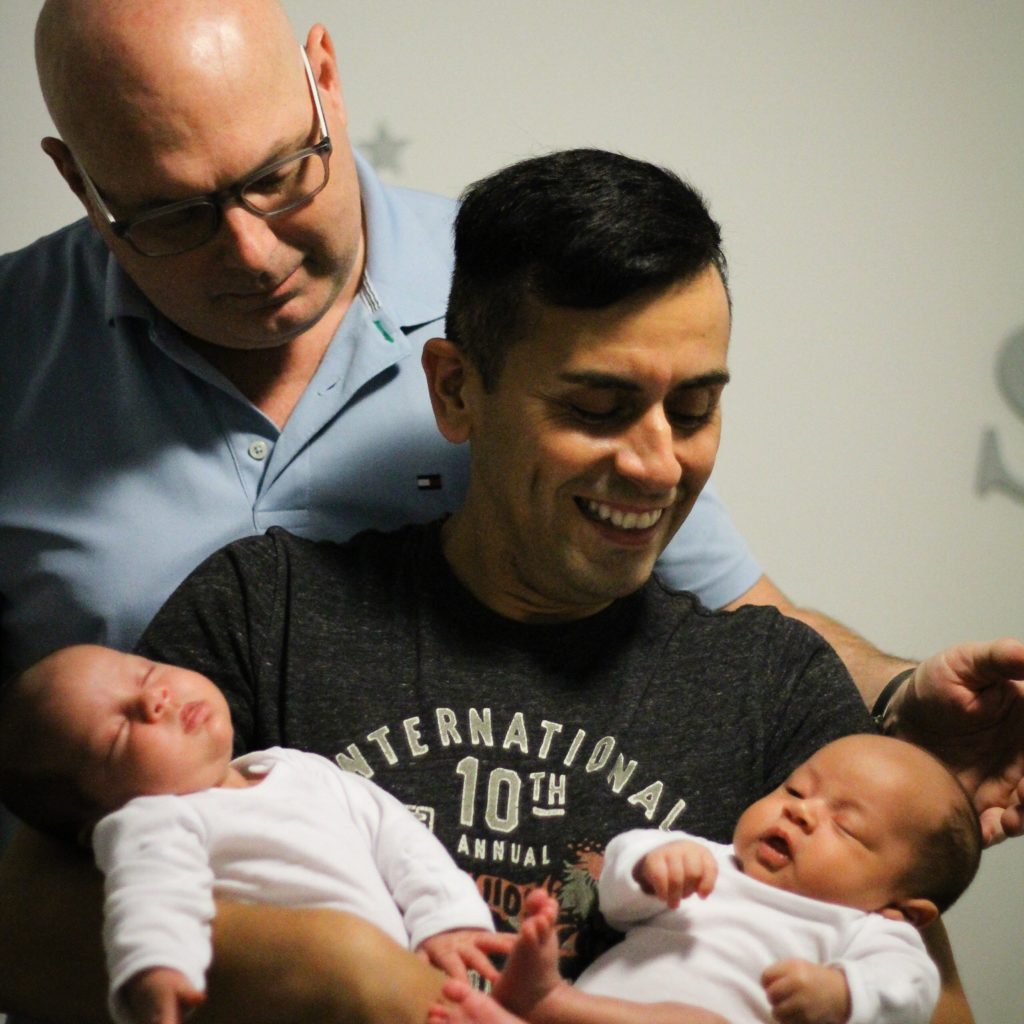 What was your path to parenthood like?
I do not know how it became from a concept to a pursuit. We started to really look to adopt first in 2003-2004, but the universe had a challenge that we needed to take care of first. Phillip was diagnosed with Leukemia ALL in November 2004. We decided to tackle the disease and focus on him getting better, as we had hope that he would beat it. He was young and otherwise strong and we promised if we got out of it we would pursue having kids after it. Se we stopped for a few years.

How did the process continue?
Long, stressful and rewarding. We became closer. The babies were 3-months when he passed away. I was not able to grieve properly. I had children to feed and diapers to change. I had to go back to work a week after he passed, because I did not have more time off as I used all my time when I went to Guatemala for the kids’ birth. Philip passed away May 3rd, 2014. The kids were born on February 3rd, 2014. 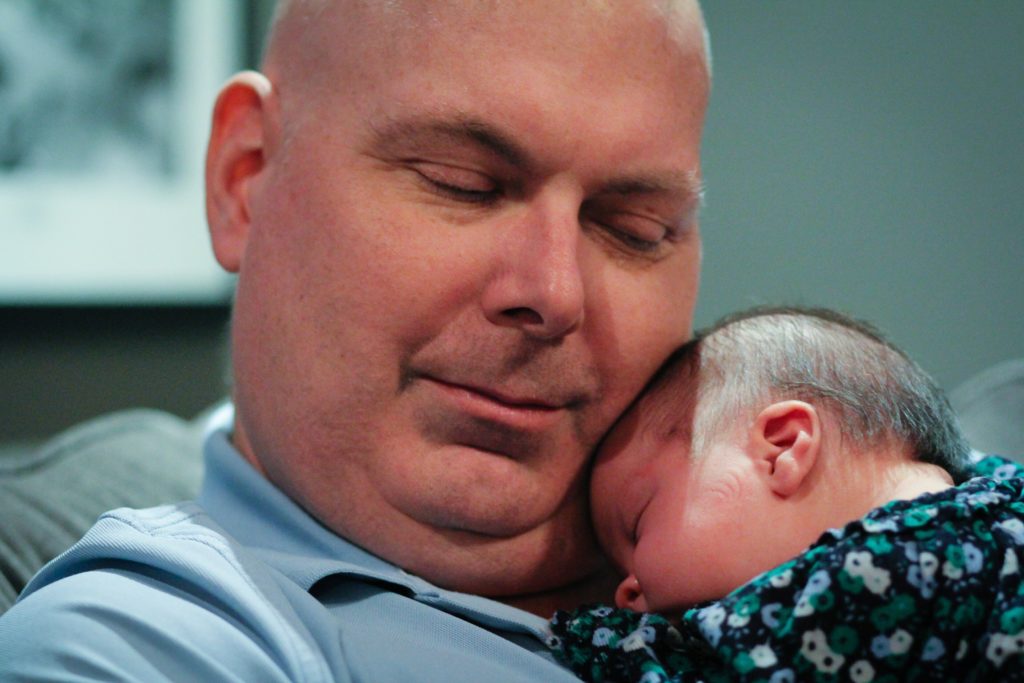 Phillip, with one of the twins shortly after they were born.

How has your community supported you?
My family was very supportive. My parents moved in with me for a few months to help me to function. My brother helped with all the very important processes, paperwork, etc. Without them, I would’ve been lost. My friends gay and straight were wonderful, they came to support me and reached out to me. My running friends pushed me to get out and run, that helped me to clear my mind and grieve.

You’ve gone through so much, what gives you strength?
My children’s love. Every time they [say] to me “Papi…yo te amo mucho mucho mucho!” I choke up without fail. They do it out of the blue. Watching the kids grow…is an indescribable feeling, because I am contributing to make them awesome human beings. I’m learning the meaning of new life. 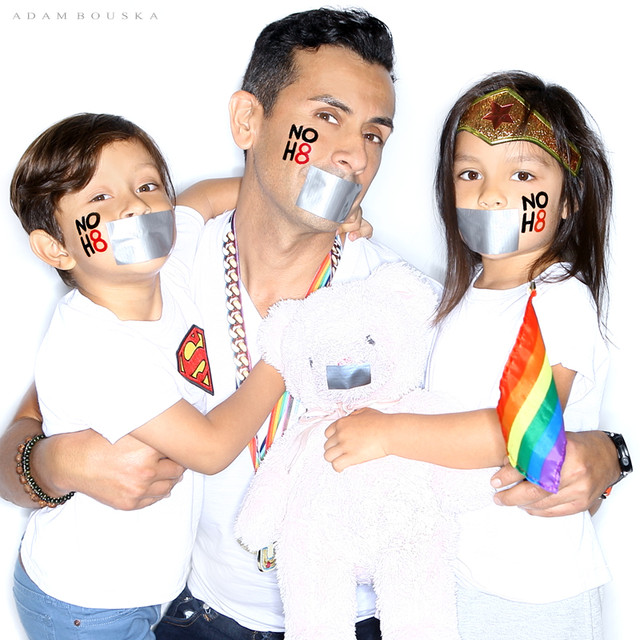