April 18—24 is National Crime Victims’ Rights Week, and this year’s theme is “Support Victims. Build Trust. Engage Communities.” To recognize this important week, we sat down with Genny Maze and Brooke Lindley from Equality Michigan’s Department of Victim Services to discuss how they work daily to support LGBTQ+ victims of crime in their state.

They shared their experiences providing support, advocacy, and community-building on behalf of LGBTQ+ families like their own in the state of Michigan. 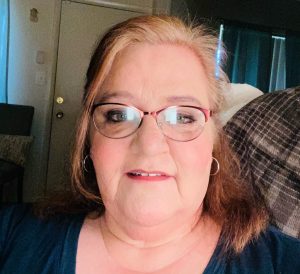 Genny Maze is the Lead Victim Advocate at Equality Michigan. She is a highly experienced and awarded advocate with a long history of working for non-profits including The Salvation Army, Affirmations LGBTQ Community Center, and Mothers Against Drunk Driving. Ms. Maze has served as an advocate for the LGBTQ community, the homeless, domestic violence survivors, disadvantaged youth, and survivors of drunk driving crashes.

Brooke Lindley is the LGBTQ Victim Services Case Manager at Equality Michigan. She began her career over 10 years ago in Child Welfare as a Court Appointed Special Advocate and founded a LGBT resource group for lesbian, gay, bisexual, transgender, intersex youth in foster care. After graduating college she became a Child Welfare Social Worker. She is nationally trained in working with children who have been abused and specialized working with children who were sexually abused. After several years, Brooke started working for the YWCA Kalamazoo as a LGBT specific Victim Service Advocate working with survivors of sexual violence. Then, she served as Director of Advocacy for OutFront Kalamazoo, the LGBT center in Kalamazoo. She provided trainings to businesses and agencies all over Michigan on how to create inclusive and intentional safe spaces. She developed an advocacy program which partnered major LGBT organizations in Michigan like Equality Michigan and national organizations like Human Rights Campaign.