This week, Family Equality Council and FosterClub hosted briefings at the U.S. Capitol on “Ending Discrimination in Foster Care and Adoption:  LGBTQ Voices.”  Four renowned LGBTQ foster and adoptive parents and six LGBTQ and two-spirit young people with lived experience in the foster care system spoke on the urgent need for passage of the Every Child Deserves a Family Act prohibiting discrimination and dramatically improving affirming services to the one in five foster youth that identify as LGBTQ and two-spirit.

The LGBTQ and two-spirit parents and foster alumni met with over 15 members of Congress and many more Congressional staff.  They spoke about discrimination they have faced.  The experiences they described mirror research showing that qualified LGBTQ, religious and single minority applicants to foster and adopt are frequently turned away by taxpayer-funded foster care agencies, despite a foster care crisis and a drastic shortage of families available to America’s 443,000 foster youth.  Over 123,000 of those youth are waiting to be adopted, but less than half of them will be adopted in the next year – and 20,000 young people age out of foster care every year without a forever family.

📺 WATCH LIVE: our LGBTQ+ Foster Youth and Alumni Leadership Team are sharing their stories at a briefing on ending discrimination in #adoption and #fostercare for House Congressional staffers, along with special guests @Karamo and @AlecMapahttps://t.co/GJV9DGHase pic.twitter.com/3ciRzmYDur

Foster alumni spoke of their experiences which also mirror shocking data revealing that LGBTQ and two-spirit foster youth have much greater rates of mistreatment while in foster care, and worse outcomes including long stays in residential care rather than with families, and greater rates of placements, hospitalization for emotional reasons, homelessness, juvenile justice involvement, and being trafficked. Their remarks also highlighted their resiliency and advocacy to protect youth still in care, including laws and policies they have created and impacted nationally and in states like Nevada and Minnesota.

Critically, Congressman John Lewis (D-GA-5), Chairman of the Ways and Means Oversight Subcommittee, committed to passage of the Every Child Deserves a Family Act in the House.  Senator Ron Wyden (D-OR), ranking Democrat on the Senate Finance committee, promised parents and alumni to “fight until we this discrimination once and for all.”

LGBT Equality Caucus co-chairs and gay adoptive parents Congressman Sean Patrick Maloney (D-NY-18) and Congresswoman Angie Craig (D-MN-2) spoke passionately at the House briefing about their experiences of adoption discrimination and their commitment to ensure rapid passage of the bill.  Caucus co-chair Katie Hill (D-CA-25) explained that foster care “is…sadly…prevalent in our district” and that “this is a huge issue for me.”  Rep. Deb Haaland, D-NM-2 committed to participating in a convening to find policy solutions to the dual discrimination that two-spirit indigenous foster youth experience.  Parents and foster alumni met with their Republican members of Congress who may be interested in joining as cosponsors for the Act.

The briefing created momentum for passage of the Every Child Deserves a Family Act in the U.S. House of Representatives in this Congress, by the end of 2020.  That will be an enormous step forward in the fight to provide love, security and families to all of America’s foster youth, and affirming care leading to better outcomes for the 20% of foster youth who are LGBTQ.

Quotes from yesterday’s briefings include the following: 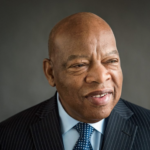 “My friends, this is not right, it is not fair, and it is not just. These are the reasons why I sponsor the Every Child Deserves a Family Act. This bill is the right thing to do, and quite frankly it is long overdue. It does not matter whether we are gay or straight, married or single. Christian, Jewish, or Muslim… We are one people. We are one country.”

“I would like to thank Denise, Julie, and everyone at Family Equality Council, Foster Club and Every Child Deserves a Family Campaign for their hard work to make today possible. I would like to thank my colleague, Congresswoman Craig, for joining you this afternoon. I would also like to welcome our celebrity guests and…former foster care youth who are brave enough to share and tell their stories.” 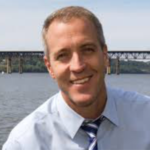 Congressman Sean Patrick Maloney, D-NY-18:
“What I can tell [you] is… that every kid deserves a family. We don’t have any kids in this country who don’t deserve a family. And sometimes families aren’t the ones we’re born into, and families aren’t the ones we expect. But I can tell you that love makes family. It made my family. We’ve had to overcome all types of obstacles.”

“So we’re going to win this one in the House, we need to win it in the Senate.” 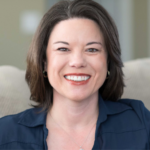 Congresswoman Angie Craig, D-MN-2:
“For three years, I woke up every single day not knowing whether the son I was raising was going to be there to put to bed at night… I can tell you this, the only thing a child needs is safety and security and love. And there is more love in the LGBTQ community than there is almost anywhere.” 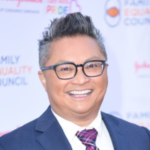 “Our son was five years old when we picked him up from DCFS. This tiny little boy. He was sitting between two garbage bags, One had all his clothes and another had all his toys and he was sitting between them like he was also another bag of garbage someone had dropped off and forgotten about. And I thought this is unfair. No child should ever be made to feel this way. And this wasn’t a five year old, this was a baby. Because when you’re five years old, seven, eight years old you – still need your mommy or daddy or two guys with a really cute house.” 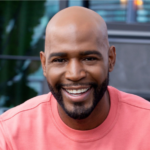 “There I was qualified, educated, no criminal background, high income… wanting to give my now adopted son a loving home. But in the state of Texas I was constantly discriminated against because I was gay and because I was single. Now… I had the means and the knowledge to not be discouraged by a system that believed the love and home I was going to provide my son with wasn’t equal to the love of a straight married couple. But I fought and my son entered my home and has recently graduated from high school, happy and healthy.” 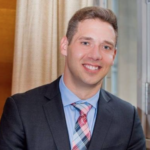 Schyler Baber, Federal Policy Consultant, Family Equality Council, and Interim Director, Voice for Adoption:
“[While in foster care] I was forced into conversion therapy. Every day after school I would have to go to an elder of my church and hear how I had a demon possessing my soul…How would my life have been different if this law had been passed? I would have had less trauma and less abuse. I would have been adopted earlier and had a family… And most importantly to me I would have the ability to fight back to the people that had hurt me.” 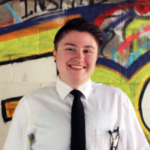 Tristan Torres, NV:
“After [they] found out [that I was transgender], my foster parents had a discussion about how they were going to punish me…They would withhold food from me… the words “freak” and “transvestite” came out of my foster parents mouth.” 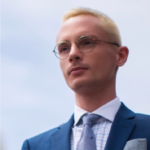 Kristopher Sharpe, TX and NY
“Children need families, not facilities. At the heart of the foster care crisis in this country is the simple fact that there are not enough foster and adoptive homes. So, why would anyone think it acceptable to turn away qualified, willing foster parents?” 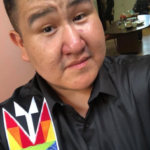 Daryle Conquering Bear Crow, CO, OR, and SD
“I knew I was two spirited before foster care… but when I entered foster care it all was ripped away. I was placed in a home where I told them I liked boys. The next day I was removed. 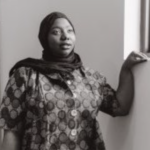 Lucina Kayee, MN
“[While in foster care] I lied about my identity. I told everyone I was heterosexual and Christian… I finally realized the power that my voice and story held…I have realized that my blackness and my queerness go together and I will never be willing to separate the two.” 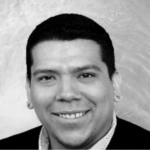 Ernesto Olivares, TX:
“I lived in a home where my parents had great intentions but they didn’t know how to handle my situation. They didn’t know how to approach me and tell me that it was okay to be who I was, and in that sense, I didn’t feel safe…I was afraid if I came out I would be sent to a home where they sent other gay kids… that they didn’t know what to do with… If this act passes it will be monumental because then we can start educating the country, these parents, these agencies on how to… make [children] feel safe in their homes.”