“Can I hold him?” she asks, tenuously extending her arms. “Of course!” I say, and gently place my 6-month-old baby in her tender grip. Her eyes flood with tears. “I just never thought someone like us could have a baby. And now… it’s too late for me.”

Transgender women approach me everywhere to talk about fertility. In Instagram DMs, in elevators at malls, in hotel lobbies during conferences. They ask to hold my baby, thank me for telling my trans pregnancy story, and share their devastation about the lack of fertility information they were given before, during, and after their transition. Though our stories are different (most notably, I am a transgender man and they are transgender women), our shared thread of struggle, sacrifice, and resilience is universal. But unlike them… I’ve been able to become a parent.

Get new resources from Family Equality in your inbox

When I began to take testosterone almost 15 years ago, I was told that it would make me sterile. At the time I didn’t care. I was 20 years old and wanted to transition more than I wanted almost anything else. The pain of navigating the world with a body not recognized as male permeated everything I did. It made everything hard. Even a trip to the grocery store would turn into a nightmare the moment a cashier called me “ma’am.” I knew I was a man but no one around me could see it, and that needed to stop as soon as possible. I would have sacrificed a limb in order to transition; having children was the furthest thing from my mind.

I also never imagined I would live long enough to have a family. I didn’t know any trans elders. I didn’t know any trans parents. I had never had a trans boss, had never been to a trans wedding, had never seen a trans doctor. My perception of my own possibilities was small—to say I took things one day at a time would put it mildly…I took things one moment at a time. So when my doctor told me that testosterone would render my uterus an “uninhabitable environment,” I signed the form and released him from all culpability. I just wanted to live in a body that the world perceived as male.

In the years since that first shot of testosterone, I have learned so much about that perception I so longed for. I’ve learned that it doesn’t matter what others think, that there’s no such thing as looking “like a man,” and that chasing some fictional version of masculinity is a trap. And the medical world has learned a lot about the impact hormones have on one’s ability to create a child. In fact, every study on transgender men and fertility shows us that it’s completely possible to recover fertility after even years of hormone use. But we don’t have the same data on the fertility of transgender women and the impacts of estrogen and androgen-blockers on their reproductive systems.

I hear echoes of my story in the narratives of the transgender women I meet all over the country. Many of us were desperate to transition and allowed family-building conversations to get swept away by that desire. Many of us never imagined living long enough or being stable enough to consider becoming parents. And many of us had medical providers who provided misinformation (or no information) along the way. But in almost every case, my story ends differently than theirs. I was able to recover my fertility and give birth, while many of them have already taken medical steps that have permanently removed their ability to be a biological parent.

Though the WPATH Standards of Care clearly state that every transgender person should receive counseling on their fertility, not all providers are adept at having those conversations… and not every trans person is ready to think about becoming a parent at some possible future date (perhaps decades down the road). So just in case your provider hasn’t filled you in, here is what we know about transgender women and fertility.

I am ashamed to say that there has yet to be a single useful study on transgender women and hormones and fertility. A very small study was JUST released (in August of 2019) covering fertility preservation attempts of ten young transgender women (aged 16-24), two of whom were on hormone treatments before the study. Of those two, one was able to regain sperm production after five months off her hormones, and the other wasn’t.

What does this tell us? Still very little, unfortunately.

As of right now, we simply don’t know the following pieces of crucial information:

But it’s not ALL doom and gloom. We do know some things! Here’s what we know: 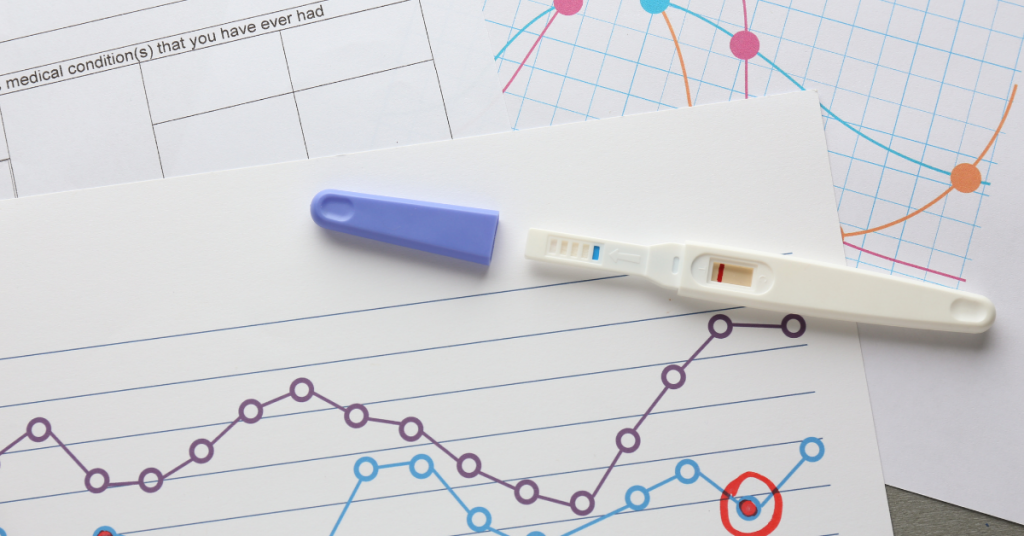 Tracking Your Cycle and Preparing for Trying to Get Pregnant 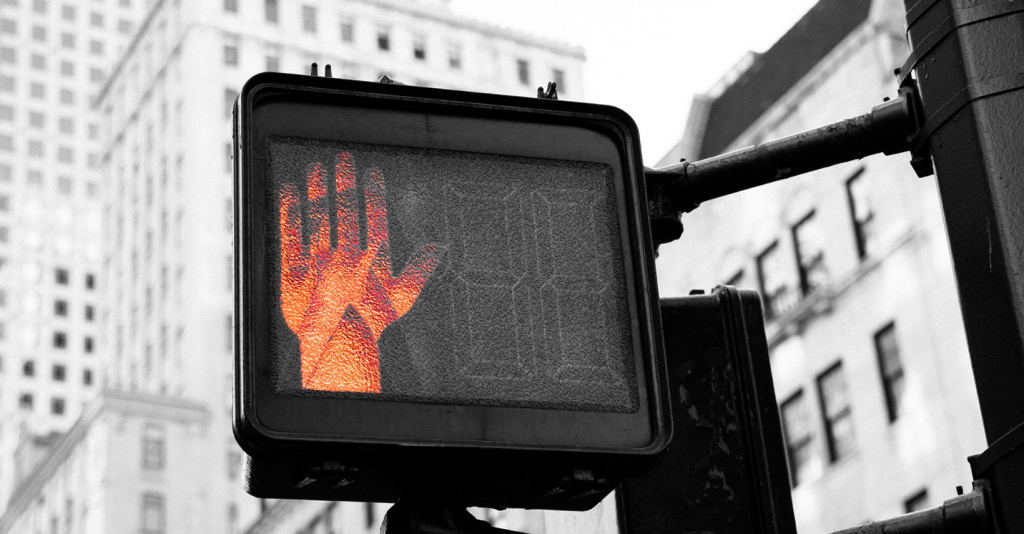 Setting Boundaries on the Path to Parenthood

So what can you do?

If you’re not ready to have a baby now, you can freeze and store your genetic material in a process called “sperm cryopreservation.” This process is not invasive (although it may be awkward and even impossible, depending on your levels of dysphoria and relationship to your body), and it’s relatively inexpensive. I say relatively because fertility services are generally very costly and compared to those processes, sperm cryopreservation is cheaper. It’s around $500-$1000 to deposit your sperm and have it processed so it can be frozen. And then it’s around $1200 a year to store it.

Fertility preservation is best attempted before you start hormone replacement therapy (HRT). But if you’ve been taking HRT, you will need to stop for roughly three months in order to attempt fertility preservation. You’ll be able to give a sample that can be easily tested for concentration (are there enough sperm), motility (are the sperm moving adequately), and morphology (is the shape healthy). If those three things are adequate, you can give a sample that will be preserved and you can go about your transition!

Using frozen sperm down the line is pretty straight-forward! Not to be too crass, but they thaw it out to a specific temperature, and it can then be used in the ways sperm is usually used to make a baby.

If you have a partner with a uterus who wishes to carry a pregnancy, you may attempt to conceive a baby “the old-fashioned way.” It is going to be nearly impossible to do this while on hormones, so you will likely have to stop taking them for a time in order to produce enough swimmers to help achieve a pregnancy. Since you’ll likely want to minimize the length of time you spend off your hormone regimen, it’s a good idea for your partner to go to the doctor and get a fertility check-up. This will make sure that all systems on their end are good to go (a doctor can look for anything that might interfere with conception, like blocked tubes, fibroids, etc.). The good news about a fertility check-up is that it’s usually covered under preventative care, which means insurance will foot the bill.

Once they’ve gotten the all-clear, it will likely be around three months before you regain whatever fertility you are likely to achieve, given your transition. If you’re able to, you may want to go and get your own fertility check-up, during which time they can check your semen for sperm. That way you’ll know whether it’s even possible to achieve a pregnancy based on the concentration, motility, and morphology of the swimmers. Being off of hormones can be very difficult (people report increased body hair growth and muscle mass, in addition to hormonal shifts that can impact mood and sexual interest in uncomfortable ways), so you’ll want to do everything possible to make that period of time as short as possible.

Down the road, uterine implants for transgender women may become a reality, but there is no indication of when that might be. Any stories you’ve seen about uterine transplants have all occurred in situations involving a cisgender woman who had a uterus that experienced damage due to cancer or another illness. So those are actually quite different from what will need to happen in order for a transgender woman to receive and successfully use a uterine transplant to carry a child.

If you aren’t able to produce a sperm sample by giving a deposit in the traditional way (perhaps ejaculation isn’t comfortable or possible for you), semen can be extracted from the body using a testicular extraction process (it sounds invasive but it isn’t really). This can happen before or even during an orchiectomy. This sample can then be analyzed and frozen, if the sample is healthy enough to be used in a future pregnancy.

For transgender youth who are unlikely to ever produce sperm, currently the only option is for testicular tissue to be collected, in the hopes that at some point in the future, medical professionals will be able to create sperm from that sample.

I hope this information proves useful to you. There are still so many questions about trans fertility, and we will keep pushing for more data and more research. Until then, working with each other (and medical professionals who are dedicated to trans health) will help us all get that much closer to building happy, thriving families.